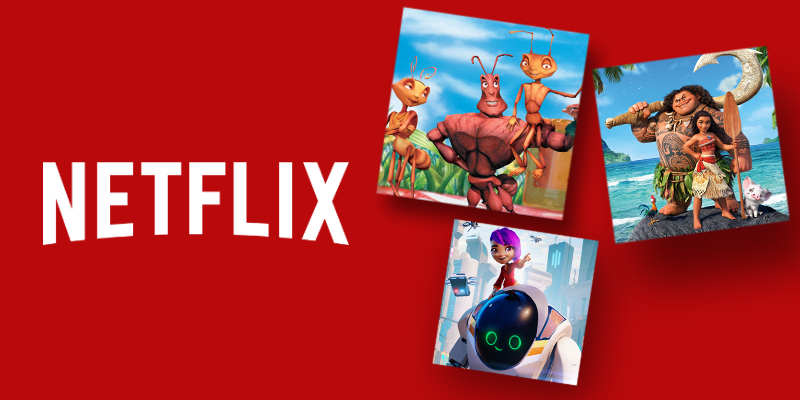 Netflix is literally adding over hundreds of new shows and movies every single week. Although it sounds crazy but can get a bit tedious at times to browse through all that content. The great thing with Netflix is that, it has not only created a legacy with original shows and movies but also with animation. There are some of the most loved and highly streamed shows on Netflix which people are crazy for.

Holiday season is here are you do not have to die of boredom. No need to browse through all the million searches. In this article we will pick the top three animated films to watch on the holidays and relax.

Time to Holiday and chill with Netflix.

Next Gen is a popular Chinese-Canadian-American computer-animated science fiction action film directed by Kevin R. Adams and Joe Ksander. It released on the leading streaming platform this year itself. The film is about a teenager girl who an unusual encounter with a robot has named 7723. As he is a secret robot, she has to team up with him to put an end to some dangerous threat to mankind. The film has the most awesome star cast of Constance Wu, John Krasinski and etc. Animated films like these are the actual boosts received by the 3D animation courses in Kolkata and all across the world. People watch such innovate stories in animation format and wonder about their creation capabilities. A lot of animation artists on YouTube who work freelance claim that they learned the initial few things about making animation form these movies only.

This is truly an amazing one to watch. You can put this one on your watch list for December.

This probably one of the most underrated animated movies of all time. Antz was released in 1998 and stars the voices of actors like Woody Allen, Sharon Stone, Jennifer Lopez, Sylvester Stallone and etc. There is an interesting trivia which I will tell you now who will make you want to watch it more. The characters in the movie share facial similarities with the actors who are voicing them. The story is about an ant colony and their raging war with the termite colony. This Netflix film will make you appreciate the old school animated films and the innovation which animators tried to put forward with the limited access they had to technology back then. Time to put this one on your list as well.

We saved the best for the last. This is one of the most fresh and joyous films of all times. Whether you are animation fan or not, this film will delight you in several ways. It has a beautiful storyline which you can enjoy with all the family. Stream it now and enjoy your holidays with some added fun. It is a perfect amalgamation of mythology and history crossing paths. The boundless journey of Moana will make your heart sink. We will not give any spoilers and try to keep the film fresh for you.

Turns out that we sorted the holiday watching list for you with amazing and some of the most iconic films too. Just another trivia. Do you know what all these films have in common? It is the amazing quality of animated scenes and the creativity of the artists who worked so hard on each and every single project. If you are also someone who has an interest in being an animator then click here to find out about the best animation training course in Kolkata.