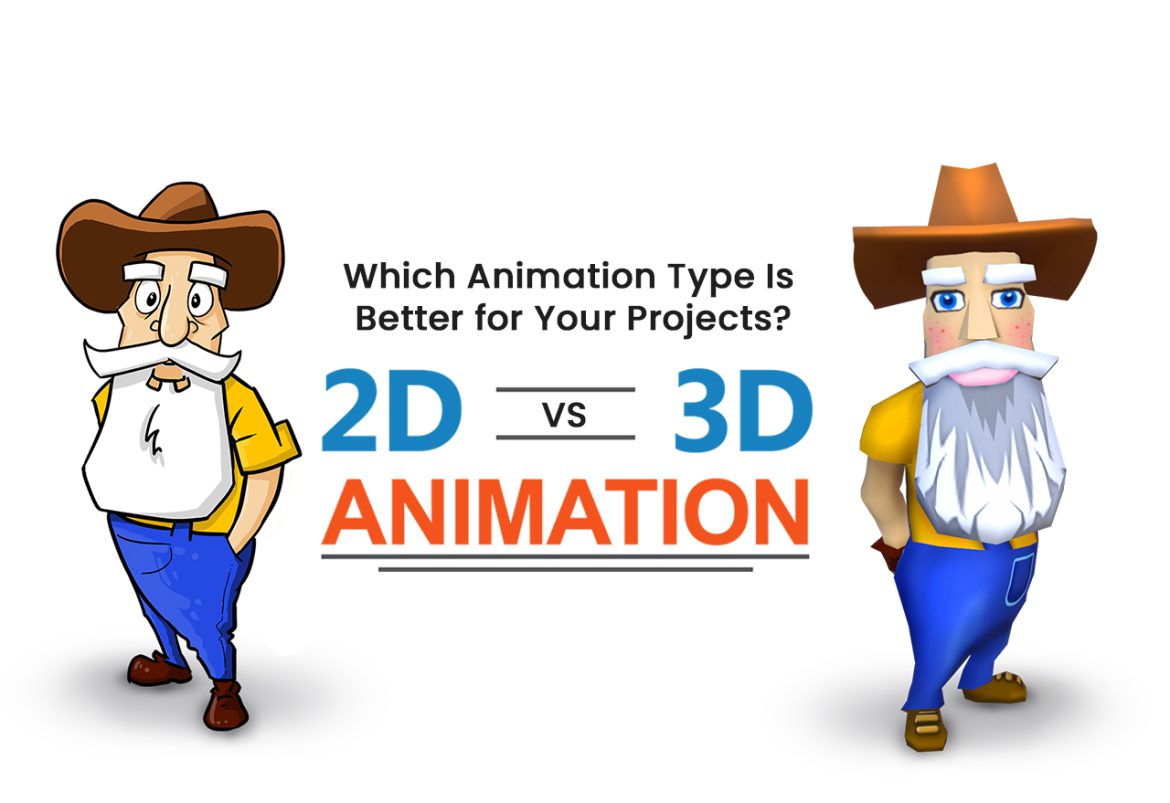 Most of you were able to distinguish between 2D and 3D animations without any difficulty. Yes, it’s simple. Toy Story is a 3D animation, but The Little Mermaid is a 2D one.

We are all aware that compared to 2D videos, 3D videos offer a more dimensional experience with a variety of views. However, when it comes to selecting the best video content for your projects, the dimension is not the only important consideration. Which works better for your project, 2D or 3D animation?

Digital 3D video is a sort of movie without an interactive component. Interacting with 3D things on screen is possible in interactive 3D video games.

Virtual and interactive reality the future of online marketing and education is 3D. Instead of just watching films, they let you interact with the 3D items. The audience would have the chance to participate in realistic situations with minimal risk. As an illustration, consider medical students doing procedures without compromising the lives of patients in eLearning.

Despite having promising benefits for professional training, this contemporary technology is currently being developed. In the near future, virtual reality and interactive 3D may be used in more useful ways. You can choose the best 3d Animation course in Kolkata from George Animatrix.

In actuality, we primarily only see digital 3D types. By picturing the concepts in a 3D setting, they excel at aiding audiences in understanding complex topics. Most often used in medical training, where there is a great need for 3D movies to vividly illustrate complicated processes, treatments, or gadgets.

Depending on the quality of the video, hand-drawn animations need the animators to create each frame of the scene, which can take anywhere from 15 to 24 frames per second. The video becomes more fluid as we add additional frames.

A training programme can require a series of animated teaching videos rather than a single animation video created for a marketing effort. Even producing one animation episode could be expensive and time-consuming. You can choose the best 2d animation course in Kolkata.

Other than standard movies, 2D animations include motion graphics and whiteboard animations. The online learning sector is a big fan of these two video formats. Whiteboard is a straightforward visual representation of hand-drawn artwork on a white background. Motion graphics are more intricate and vibrant. The movement in each of these video formats is produced by computers.

Compared to hand-drawn versions, they are easier to make and more affordable. It would be easier for the animators to draw each frame of a scene. They simply need to draw the background and keyframes and then leave the animating to the computers.

Animation in 2D vs. 3D: A comparison

They are mainly prevalent in marketing and the eLearning sector. Hand-drawn animations in 2D are seen as being needlessly expensive and time-consuming. Videos in 3D that have interactive components, however, are less useful.

There Are Parallels Between 2D And 3D Animation

Animations in both 2D and 3D formats have the same effect on student engagement and learning results.

To describe the complex process that cannot be seen with the naked eye or is too visually distressing, we need animated videos.

It is essential for programmes like medical training since they need for precise information so that students may fully comprehend the context. We can hardly let the misunderstanding stand when it concerns a matter of life and death.

And enjoying animation is enjoyable. Both 2D and 3D educational animations are more aesthetically pleasing and make learning more fun. They subtly captivate the trainees’ attention with sounds and images. Students may more effectively manage their study time, location, and pace through eLearning.

Full control necessitates greater effort and discipline, therefore it is a two-edged sword. In eLearning, animations are essential as both explainers and engagement tools.

Recommend Post : What Are The Principles Of 2D And 3D Animation?

The creation of 3D animation is more difficult and involves numerous specialised activities. So many individuals are needed to create appropriate animations that are effective for medical education. For instance, the 3D artists must pay close attention to the details in order to accurately depict the human body system in medical training.

However, rather than depicting the human body, the purpose of the 2D video is to explain medical or healthcare operations. 2D animations are more inexpensive because the method is also more straightforward.